This is the short message I gave near the end of the musical Christmas Devotional for the Appleton, Wisconsin Stake on Dec. 24, 2022 in Neenah, Wisconsin. 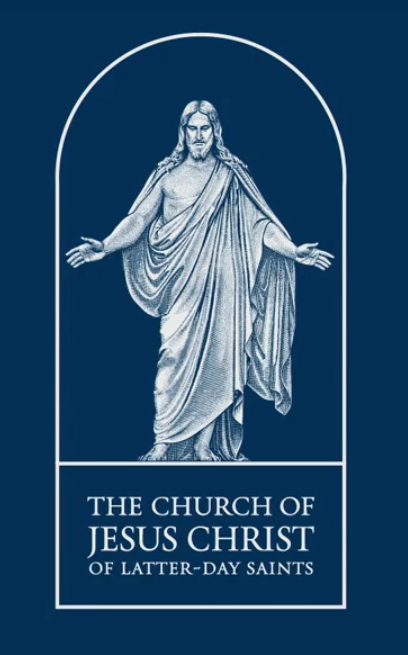 The Light of Christ and the Birth of Christ

The Book of Mormon, one of the marvelous volumes of scripture that are part of the Restoration of the fulness of the Gospel of Jesus Christ,  stands with the Holy Bible as a testament and witness of Jesus Christ. These two sacred records confirm the truth of each other and teach of Jesus Christ, our Savior. We all know well the story of Christ’s birth in the Bible, when a new star appeared. But in the Americas, there was another dramatic story going on.

The Book of Mormon is mostly the record of a people called the Nephites, with their own society somewhere in a part of the Americas. Their founders, including a prophet named Lehi and his son Nephi, fled from Israel around 600 B.C. They had taught their people to believe in the scriptures and the Messiah. The Nephites were often at war with a related people, the Lamanites. Shortly before the birth of Christ, the Nephites were becoming proud and wicked while many Lamanites had become converted to the Lord. The Lord called one of them as a prophet to preach to the Nephites. He was known as Samuel the Lamanite. He called the Nephites to give up their pride, repent of their sins, be baptized, to serve God and love their fellow men. In Helaman 14:2-3, he spoke of a sign of the birth of Christ that would come in 5 years in which the sun would go down but the sky would stay bright as day that night. It was a sign of light.

In both the New World and the Old Word, the signs of Christ’s birth involved miraculous new light. A new star, and something even more for the peoples of the Book of Mormon. It was a light that that would literally save lives immediately.

The wicked Nephite society despised the minority that believed in the Messiah. These Christians were viewed as a threat. When the 5 years seemed to be over, wicked Nephite leaders set a date and said if the sign doesn’t come by that day, we will know your faith was wrong – and then we will kill you all.  The night before the planned execution of thousands of Christians was the night when the sign came. There’s much more to this story to read in the Book of Mormon, but it reminds us how the light of Christ blesses us and leads to salvation.

Back in Jerusalem, after Christ was born, Joseph and Mary took their child to the temple to offer a small sacrifice, according to the law of Moses. Meanwhile, the Holy Ghost moved another man to go there, Simeon, who had received a revelation that he would not die before seeing the Messiah. When he saw the child, he recognized Him and picked him up in his arms, saying, as we read in Luke 2:

29 Lord, now lettest thou thy servant depart in peace, according to thy word:

30 For mine eyes have seen thy salvation,

31 Which thou hast prepared before the face of all people;

32 A light to lighten the Gentiles, and the glory of thy people Israel.

In John 8:12, Christ said, “I am the light of the world: he that followeth me shall not walk in darkness, but shall have the light of life.”

That wondrous light would seem to be snuffed out when His life was ended on the cross.

Many people expected a Messiah that would deliver them from the Romans and bring glorious victory in battle. Instead, they saw a mortal man who was rejected by their religious leaders and captured, tortured, and killed by the Romans. The Man who taught us about the justice and mercy of God, received the worst injustice possible, with no mercy at all. The Man who did miracles and preached about eternal life was easily killed. It all looked like a disaster, a complete failure, and even some of His closest believers were shocked and dismayed, not understanding the scriptures and the need for His death and resurrection.

If we have the wrong expectations of God and fail to understand the scriptures, His work and His message may seem like failure to us. The restored Church of Jesus Christ with its prophets, apostles, and  revealed treasures such as the ancient Book of Mormon and the Temple, may incorrectly seem like a failure or something to mock. But seeing things that way is a tragic mistake. What looked like  failure and defeat to those who saw Christ struggling on the cross was actually part of the path to the most glorious success imaginable, for He soon broke the chains of death and created the way for us to be free from both death and sin through His infinite sacrifice and victory. The path for our true success lies in humbly following Christ – giving up our pride and our sins, serving God and loving our fellow men. It is a path of faith in Christ, repentance, baptism, receiving the gift of the Holy Ghost, and making and keeping covenants with God. This path brings joy and eternal blessings far more valuable than all the riches of the world.

The darkness of a sealed tomb was not the end for Christ. On the 3rd day after His death, a massive tombstone rolled away and Jesus Christ arose. The Light of the World continued to shine, now glorious and immortal. Jesus Christ lives! All the confusion and pain of the history of Israel and of the entire world, suddenly was answered with the message of infinite love, endless joy, of endless life, and of eternal light embodied in the very real, tangible, glorious body of the Messiah, Jesus Christ, the Son of His very real and glorious Heavenly Father. Now there is a need for us to bring the light of Christ to others.

After His resurrection, Christ ministered to several peoples. The Book of Mormon records His dramatic visit and ministry to the Nephites. After much teaching, He charged them to hold up their light in 3 Nephi 18, explaining what that meant:

24 Therefore, hold up your light that it may shine unto the world. Behold I am the light which ye shall hold up — that which ye have seen me do. Behold ye see that I have prayed unto the Father, and ye all have witnessed.

This is the light we are to hold up: His light, not our amazing achievements, but that which we have seen Him do – His love, His kindness, His forgiveness, His service. We imperfect, flawed human beings are to bear His image that others might see His light. It is through serving, forgiving, and loving that we help Christ light the world.

Our duty is to help others feel and see: to feel the love of Christ and the Spirit of God, and to see the evidence for the reality of Christ and the Restoration of the Gospel of Jesus Christ – feeling and seeing, feeling and understanding, knowing with the heart and the mind, that others may begin to have faith in Christ and accept His invitation to follow Him.