About the “Arise from the Dust” Blog

In 2004, I began a blog for those interested in The Church of Jesus Christ of Latter-day Saints, including members, friends, and even former members. What began as “Mormanity” tended to focus on Book of Mormon issues and defenses of the faith in general, but also occasionally tackled modern social issues relevant to our faith and religious practice. Such issues include questions on religious liberty and dangers to freedom in general, moral standards, marriage and family issues, war, COVID policies, LGBTQIA+ issues, and the international Church.

Blog activity continued during my 9 years living in China and during the pandemic once I returned to the United States. It slowed, though, when I accepted the invitation to serve in a volunteer role helping the Interpreter Foundation as co-editor of their peer-reviewed journal, Interpreter: A Journal of Latter-day Saint Faith and Scholarship. This came after I had  published a series of articles for the journal after making what I felt were some valuable discoveries regarding the scriptures.  I’m not sure why I was asked to take on this role, but it’s a role I’ve enjoyed in spite of surprisingly high demands on my free time (hence the less frequent writing recently).

One of the topics covered in articles for Interpreter was the importance of the theme of rising from the dust in the Book of Mormon. It was an article by a bible scholar in 1967 that opened my eyes to the ancient covenant-related aspects of the concept of rising from the dust that caught my attention. As I pondered the findings of modern scholars on that theme, I was delighted to see the Book of Mormon employing that broad theme in ways quite consistent with an ancient motif that had only recently been clarified by scholars. The use of concepts related to rising from the dust in the Book of Mormon reflects antiquity in really beautiful ways and helps unify, clarify, and strengthen the message of the Book of Mormon. What I learned in that investigation had a profound effect on me,  enough so that “Arise from the Dust” seemed like an idea domain name to consider for this blog, especially after members were asked to not use the name “Mormon” to describe our religion or Church. It’s the name of a 4th-century historian, scribe, and general who compiled most of the record now known as the Book of Mormon, but that term confuses people about what our faith is all about. It’s Christ we follow and worship, not Mormon or any other mortal.

Jeff has a Ph.D. in chemical engineering from Brigham Young University and has been honored as Fellow of the American Institute of Chemical Engineers. Jeff is an inventor with over 100 patents and is a registered US patent agent. He has experience in academia, a Fortune 500 company, one of the world’s largest private companies, a small startup consumer products company, and in several consulting roles.  He currently does  intellectual property strategy and innovation support for clients through Planet Lindsay, LLC.

Jeff is a Vice President of the Interpreter Foundation and co-editor of their journal, Interpreter: A Journal of Latter-day Saint Faith and Scholarship. 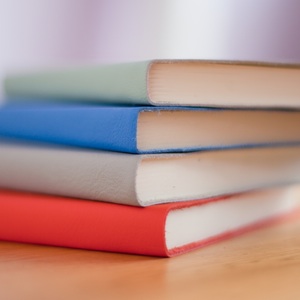