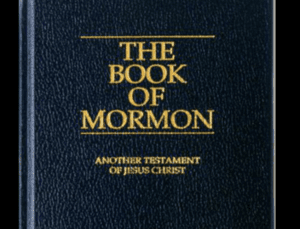 The Book of Mormon’s frequent “plagiarism” of passages from the Bible is one of the most common criticisms raised against it’s authenticity and antiquity. It’s actually not very much like the way plagiarism is done in modern times, when an author uses someone else’s words as if they were the author’s creation. The Book of Mormon usually explicitly indicates that Isaiah or some other writer is about to be cited, or when, for example, Christ repeats the Beatitudes for His New World audience, it is clear what is being done: Christ is the author of those words, not Joseph Smith, with King James language used in the translation not as plagiarism but as appropriate language for a sacred text.

Citation of well known works with attribution is not plagiarism. But there are other times when passages from Isaiah or others are used without explicit acknowledgement. As John Tvedtnes noted in “Was Joseph Smith Guilty of Plagiarism?,” FARMS Review 22, no. 1 (2010): 261–75, “following the insertion of chapters 2–14 of Isaiah into his own book (2 Nephi 12–24), Nephi gave his own prophecy (in 2 Nephi 27) in which he cited snippets of Isaiah’s writings and even a paraphrase of Isaiah 29.” Such plagiarism of the Bible is highly contrary to our modern sensibilities. Shame on Nephi or Joseph Smith, depending on your views on authorship.

Our modern views, though, may not be appropriate in assessing plagiarism in a potentially ancient text. In a recent post,  “The Words of Gad the Seer: Thoughts on a ‘Lost Book’ Preserved by the Jews at Cochin, India,” I discussed an apparently ancient Hebrew work, only recently translated and published, The Words of Gad the Seer. Professor Meir Bar-Ilan, a Jewish scholar at Meir Bar-Ilan University in Israel (named after his famous grandfather) and an expert in pseudepigrapha (the class of ancient works, often in Hebrew, often dating from 300 BC to 300 AD and generally falsely ascribed to more ancient, prominent figures) has done a great deal of work on this text. He critiques claims that the book is relatively modern (dating to the medieval era) and instead argues for its antiquity in “The Date of The Words of Gad the Seer,” Journal of Biblical Literature
109,  no. 3 (1990): 477-493 (also available at Jstor.org). He estimates its origins to be in
late antiquity, in the first centuries of the Christian era, though it could still be older than that, as I argue in my prior post.

His peer-reviewed publication offers nine arguments for the antiquity of The Words of Gad the Seer. The first argument
deals with the issue of biblical plagiarism, which makes up a large fraction of the book without any attribution to the actual biblical sources. Shame on “Pseudo-Gad”! — or whoever authored The Words of Gad the Seer. But let’s withhold the shaming for now and consider Professor Bar-Ilan’s first argument for antiquity:

The Words of Gad the Seer incorporate three chapters from the Bible as if they were part of the whole work. Chapter 10 here is Psalm 145, chapter 11 is no other than Psalm 144, and chapter 7 is a kind of compilation of 2 Sam 24:1-21 with 1 Chr 21:1-30, a chapter that deals with the deeds of Gad the Seer. As will be demonstrated later, the Biblical text in Gad’s book is slightly different from the masoretic text, with some ‘minor’ changes that might be regarded as scribal errata, though others are extremely important. In any case, this phenomenon of inserting whole chapters from the Bible into one’s treatise is known only from the Bible itself. For example, David’s song in 2 Sam 22:2-51 appears as well in Psalm 18:2-50, not to speak, of course, of other parallels in Biblical literature. It does not matter where the ‘original’ position of this chapter was. Only one who lived in the ‘days of the Bible’, or thought so of himself, could have made such a plagiarism including a Biblical text in his own work. [emphasis mine]

Fascinating! This is not some unschooled Latter-day Saint apologist desperately trying to argue that heavy biblical plagiarism is not a reason to reject the antiquity of an allegedly ancient document like the Book of Mormon. It is a prominent scholar of Hebrew literature writing in a respected peer-reviewed journal on biblical literature stating that the extensive “plagiarism” of biblical material in a work is a characteristic of ancient literature that helps rule out a relatively modern origin for the text. The things Nephi and other Book of Mormon writers do with other biblical texts, widely condemned as blatant modern plagiarism by our critics, might actually be indicators of antiquity, not modernity.

Do any of the myriad of modern books that are claimed to be sources that Joseph drew upon likewise plagiarize large chunks of the Bible?  Some pseudobiblical works like the First Book of Napolean or Gilbert J. Hunt’s  The late war, between the United States and Great Britain may use some biblical phrases and imitated KJV language, but I don’t recall seeing plagiarism of significant passages from the Bible. It’s interesting that a primary “weakness” of the Book of Mormon, it’s shameless use of significant portions of biblical text, is actually an indicator of antiquity, per a scholar keenly familiar with ancient Hebrew and biblical texts. “This phenomenon of inserting whole chapters from the Bible into one’s treatise is known only from the Bible itself…. Only one who lived in the ‘days of the Bible’, or thought so of himself, could have made such a plagiarism including a Biblical text in his own work.” This certainly changes things relative to the plagiarism argument against the antiquity Book of Mormon. Once again, an apparent weakness of the Book of Mormon may have just become a strength, thanks to modern non-Latter-day Saint scholarship.

But surely there must be some modern examples where similar biblical plagiarism has occurred, for while Professor Bar-Ilan may not be aware of away, there are millions of texts he has never seen. If you know of some relevant counterexamples to help add nuance to his argument and the debate over biblical plagiarism in the Book of Mormon, please let me know.

His second argument is also of interest, pointing out that the way Bible content is merged and reworked in the document is also uncharacteristic of modern writings but is an indicator of antiquity.  That is also a characteristic of Nephi’s writings, for example, in the Book of Mormon as he combined various passages and reworked them in elegant ways, something Matthew Bowen and others have discussed, See, for example, Matthew Bowen, “Onomastic Wordplay on Joseph and Benjamin and Gezera Shawa in the Book of Mormon,” Interpreter: A Journal of Latter-day Saint Faith and Scholarship 18 (2016): 255-273. The unattributed plagiarism example cited by John Tvedtnes in 2 Nephi 27 is such a case of combining and reworking biblical passages. Common in antiquity, not so common in our era, adding another argument for Book of Mormon antiquity.

13 thoughts on “What to Make of “Plagiarism” of the Bible in a Purportedly Ancient Text? A Jewish Scholar Offers a Thoughtful Perspective”