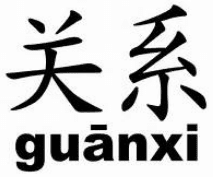 In China, everything in the business world and in much of life seems to be based on guanxi (pronounced like gwahn-shee), the Chinese word that is often interpreted as “relationships” or “connections,” but which might best be understood as “relationships based on trust.” Earned trust. Trust that takes time and sometimes many trials.

Once trust is won, great things can be accomplished. Seeing the pwoer and beauty of guanxi in its more positive and successful forms is one of the wonders of life in China. On the other hands, there is no limit to the sorrow and disappointment that misplaced trust can bring. In China as anywhere else, trustworthiness is far more important than talent and often much harder to find.

Earned trust was the topic of what I think is my favorite talk from the October 2017 General Conference. This talk, “Earning the Trust of the Lord and Your Family,” was given by Elder Richard J. Maynes of the Seventy in the General Priesthood session. He told a beautiful story that I wish every child and every adult in China and around the world could hear and contemplate. It’s a story involving a questionable business offer that many assume is commonplace in China (where vigorous actions are underway to stamp out corruption, by the way), but this took place in the United States with a multinational corporation. Here is Elder Maynes’s account:

Let me share with you an experience from my youth that illustrates the
lasting positive impact that a father who understands and lives the
principle of trust built on integrity can have on his family.

When
I was very young, my father founded a company that specialized in
factory automation. This business engineered, fabricated, and installed
automated production lines worldwide.

When I
entered high school, I was promoted to work on the factory floor. I
started to learn how to read blueprints and run heavy steel fabrication
machinery. After high school graduation, I attended university and then
entered the mission field. Returning home from my mission, I went
straight back to work. I needed to earn money for the next year’s school
expenses.

One day soon after my
mission, I was working in the factory when my father called me into his
office and asked if I would like to go with him on a business trip to
Los Angeles. This was the first time my father invited me to accompany
him on a business trip. He was actually letting me go out in public to
help represent the company.

Before
we left on the trip, he prepared me with a few details about this
potential new client. First, the client was a multinational corporation.
Second, they were upgrading their production lines worldwide with the
latest in automation technology. Third, our company had never previously
supplied them with engineering services or technology. And finally,
their top corporate officer in charge of purchasing had called this
meeting to review our bid on a new project. This meeting represented a
new and potentially important opportunity for our company.

After
arriving in Los Angeles, my father and I went to the executive’s hotel
for the meeting. The first order of business was to discuss and analyze
the engineering design specifications of the project. The next
discussion item concerned operational details, including logistics and
delivery dates. The concluding agenda item focused on pricing, terms,
and conditions. This is where things got interesting.

This
corporate officer explained to us that our price proposal was the
lowest of those who had submitted bids on the project. He then,
curiously, told us the price of the second-lowest bid. He then asked us
if we would be willing to take our proposal back and resubmit it. He
stated that our new price should come in just below the next highest
bid. He then explained that we would split the newly added dollars 50–50
with him. He rationalized this by saying that everyone would win. Our
company would win because we would be making considerably more money
than our original bid provided. His company would win because they would
still be doing business with the lowest bidder. And, of course, he
would win by taking his cut because he put this great deal together.

He
then gave us a post office box number where we could send the money he
requested. After all of this, he looked at my father and asked, “So, do
we have a deal?” Much to my surprise, my father stood up, shook his
hand, and told him we would get back to him.

After
leaving the meeting, we got into the rental car, and my father turned
to me and asked, “Well, what do you think we should do?”

I responded by saying I didn’t think we should accept this offer.

My father then asked, “Don’t you think we have a responsibility to all of our employees to maintain a good backlog of work?”

While
I was contemplating his question and before I could answer, he answered
his own question. He said, “Listen, Rick, once you take a bribe or
compromise your integrity, it is very difficult to ever get it back.
Don’t ever do it, not even once.”

The
fact that I’m sharing this experience means that I have never forgotten
what my father taught me on that first business trip with him. I share
this experience to illustrate the lasting influence we have as fathers.
You can imagine the trust I had in my father due to the integrity of his
heart. He lived these same principles in his private life with my
mother, his children, and all with whom he associated.

Integrity is so vital but so easily lost and so hard to regain. May we carefully examine our lives and out weaknesses and hedge up the gaps where we may be tempted and where we may fall. May we be able to earn and retain the trust of our loved ones, and work vigorously to gradually regain that trust where needed.

1 thought on “The Secret Behind Guanxi: Earned Trust”