Two members of my branch, one of three branches in Shanghai, were recently featured on significant television broadcasts. First, here is a link to a recorded TV broadcast about Jeff Olsen, who actually just returned to the US:
http://v.youku.com/v_show/id_XNTE0MjczMDY0.html. A lengthy story giving positive attention to a foreigner who has made a difference in China. Thank you, Jeff!

More recently, Debra Roundy, here teaching English with her husband at Jiao Tong University through BYU’s Kennedy Center program, was on TV for a long segment, nearly 5 minutes, that highlighted her involvement with local Chinese people as she shares her passion for dance. She works with many local Chinese as they practice and perform group dances. Dance is such a wonderful part of Chinese communities, and a foreigner with the interest, talent, and energy to be involved and influence the community through dance is an unusual and definitely newsworthy story.

I took some photos of the TV when the program aired and show them below. Wish I had just recorded the broadcast. But it was a thrill to see someone I home teach being featured so positively on TV here. I hope millions of others were paying attention, too. 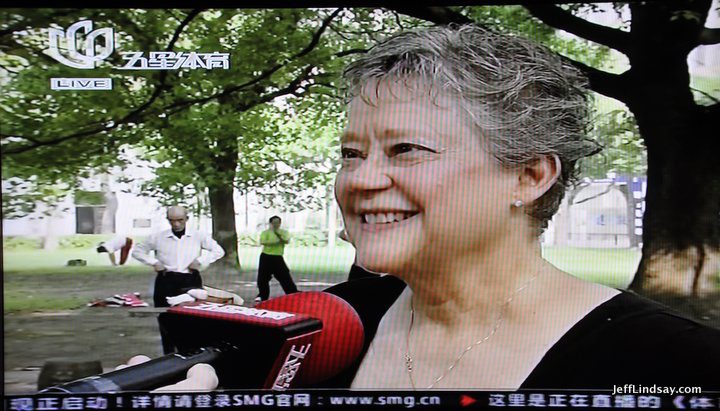 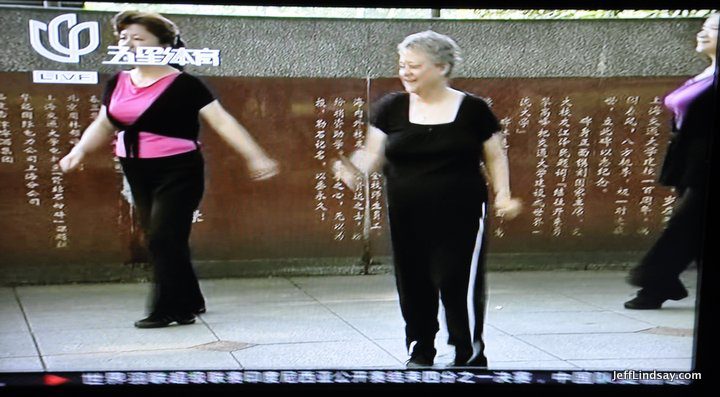 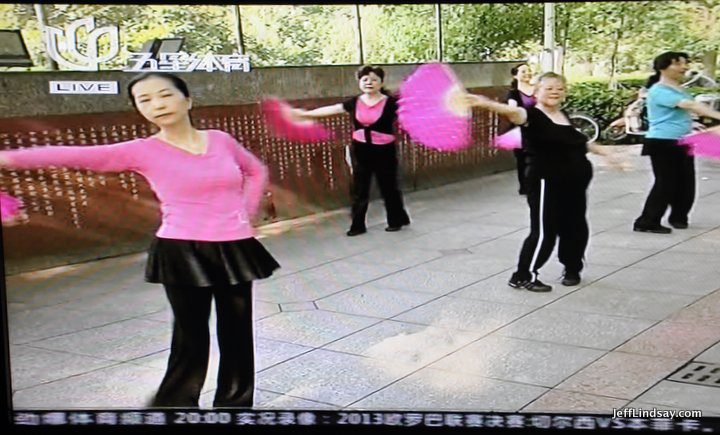 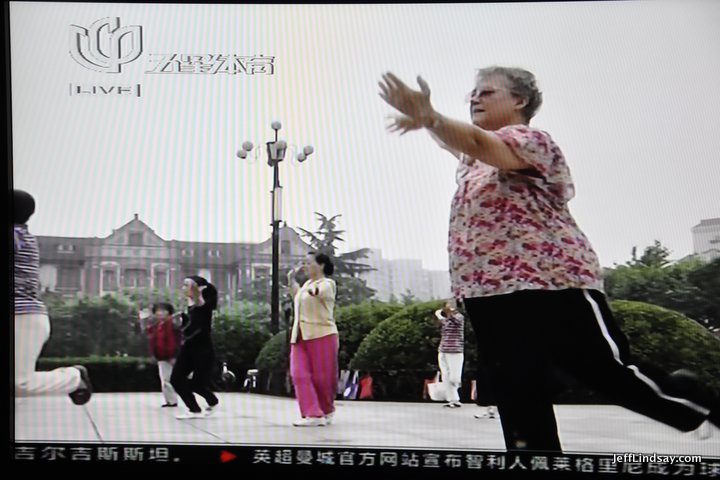