This was the first thing I saw after leaving China and walking out of the customs area into Korea at the Gimpo International Airport in Seoul. A faithful Christian man was waiting for the many passengers from Shanghai. “Believe in Jesus” was his simple message. I gave him a thumbs up and asked permission to take this photo. He was happy to share his image with the world. “Believe in Jesus” – what an urgently needed message. 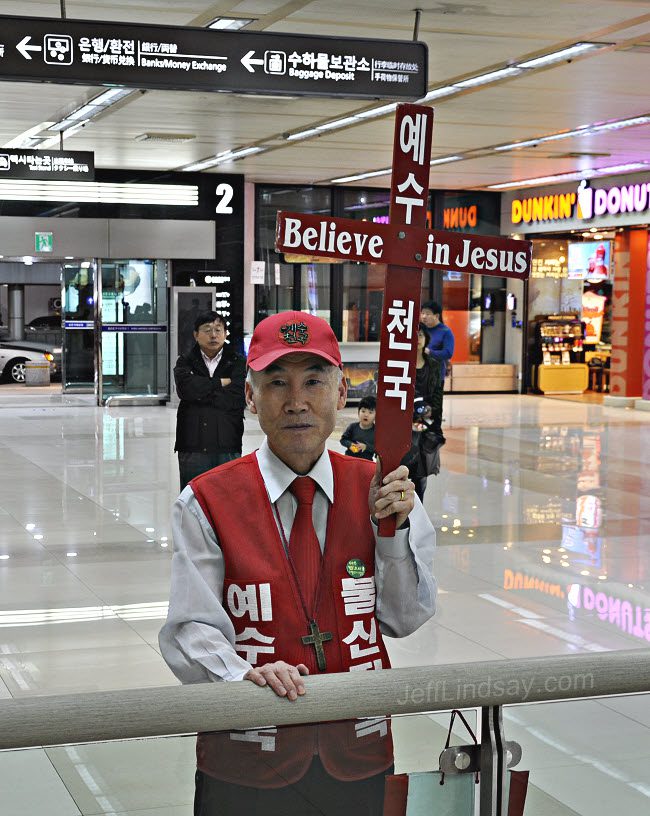 The religious liberty of Korea is refreshing, though China has a degree of it. Christianity has flourished in Korea, as have other beliefs. The freedom of the people to believe, to assemble, and to share their religious thoughts with others is an important part of the liberty of Korea that has contributed to such amazing prosperity and beauty in this land. May all the world one day become a safe place to share one’s religious beliefs with others. I think the gift of religious liberty will only make a nation stronger, better, and happier.

6 thoughts on “My First Vision of Korea: “Believe in Jesus””