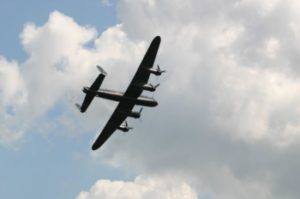 In a previous post I discussed the issue of miracles. Here’s one more story from my father that I have permission to share. In 1983 my father left KSL radio to work with the Utah Jazz (the business side). The new manager of KSL radio, Tom Glade, invited him to be a guest at the big BYU-Wyoming football game in Laramie, Wyoming that fall (late October or early November). My father is a big fan of BYU football and was happy to go. It was a long and miserable game, made much worse for my father by illness (flu) that struck on the way to the game in a private airplane. Glenn Tuckett, BYU Athletic Director, helped my father out by inviting him to his heated booth in the press box, where he could stay warm and dry in the cold weather that soon became a snow storm. By the end of the game, with BYU losing soundly, there were several inches of snow on the ground. The blizzard appeared to be over, though it was still overcast as the group packed up and prepared to fly home. The following is from the my father’s written account, as typed by my mother:

As we took our places on the plane, the pilot, Jack Johnston, suggested that we should have a prayer before we took off. Jack called on me to say the prayer, which I did gladly.

We took off without any problem , and soon climbed above the low cloud cover that extended all the way to Salt Lake. According to weather advisories, the entire area was completely soaked in with clouds. Just as we leveled off to head straight for home, the power supply in the plane failed, leaving us in total darkness. Jack [Johnston] and Duane Southwick, who was in the co-pilot’s seat, found flashlights and began to try to see what the problem was, and what they could do to correct it.

They were unable to do anything about the situation, so the engine was running and we were flying, but with no radio, radar, compass, etc. Being alone above the clouds, we were lost. What a hopeless, helpless feeling.

As Jack and Duane frantically tried to make something work, without success, more silent prayers were said. Suddenly, the clouds directly beneath us seemed to part, revealing the lights of a city below. Jack circled to stay in the opening in the clouds and began his descent. As we dropped lower and approached the city, an amazing thing happened. The lights to a landing strip came on, guiding us to a safe landing at the Rawlins, Wyoming airport. It seems that there was one person on duty at the airport that night, and he though he heard a plane, so he felt he should turn on the lights just in case.

We stayed at a motel in Rawlins that night. The next morning, Jack and Duane had a local mechanic sent to check out the plane and everything worked fine. We climbed aboard and headed home without incident.

As I look back on this experience, it was one of the worst, most miserable times of my life. Yet it was a miraculous experience that I will never forget. Miraculous because of questions like these: What if the clouds had not parted? What are the chances that the clouds would part over a city in one of the least populated areas in America? And what if the landing strip lights had not been turned on?

We were truly blessed and I am grateful that I am here to tell about it.

These kind of experiences are certainly not unique to Mormons. Many people of all faiths have experienced miracles of this sort, events where it seems clear that God has heard and answered prayers and removed all doubt that for that instant, His hand most certainly was there.