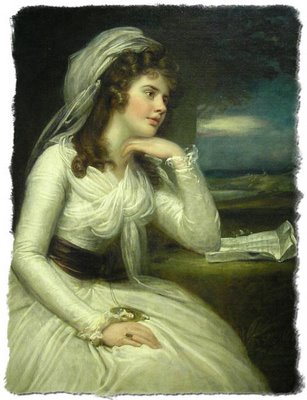 Letters are becoming rare in our e-society, but there is still something about a physical letter that can’t compete with electronic communication. Compare a meaningful physical letter with the 10-second glance at a screen to read a hasty email during the few moments each week that a missionary has access to a computer. OK, the missionary might only spend 10 seconds with the letter, too – but those 10 seconds can be taken at leisure later, and might become 20 or 30 or 100. So I suggest that parents and friends include an occasional physical letter in their communications. Just a thought.

The image, by the way, is my photograph of a portrait by British artist Richard Cosway (1742-1821) of Margaret Cocks, later Margaret Smith, painted in 1787, part of the fabulous collections at the Huntington Library in Los Angeles, one of the highlights of our recent family vacation in California. (I also got to meet Mike Parker there. Another bonus!)