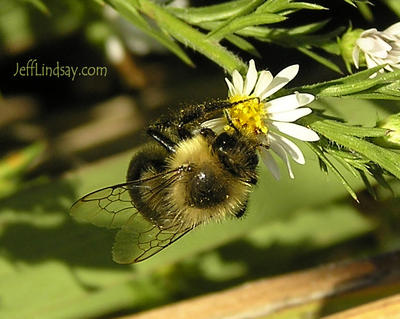 This is a photo I took last week on my way home from church. (Click to enlarge.)

When I ponder the miracle of insect flight and the complex aerodynamics that have only recently begun to be understood by scientists, or the numerous brilliant structures of insect bodies (especially bees) that allow them to perform so many functions effectively, I can only respect the divine wisdom that enabled the marvels of life on this planet.

When I hear people say that this is all just an accident, with no intelligence behind it, it almost makes me, uh, break out in hives. (Not really – I’m just pollen your leg.)

12 thoughts on “Lessons from Bees”