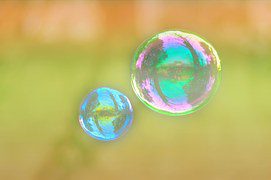 For those of you who recognize the huge impact of the Chinese economy on the global economy, I’ll share some good news and bad news. First, the good news is that China shows many signs of vigor and strength in spite of a slowing economy. However, the bad news is I’m uncertain how well China can cope with economic reality when the current real estate bubble corrects. Will it be a gentle correction, or a painful one that sends shock waves around the world? I think regulators here will go all out to keep it gentle, and I hope they succeed. But from my perspective, China’s housing market may be in a bubble, especially in top-tier
cities like Shanghai, and a correction could be painful. But if there is no correction, the pain will be even greater for the lower income citizens who can’t afford skyrocketing rent. Here’s hoping that nothing goes wrong and all the conflicting forces resolve smoothly in universal harmony and happiness and that nobody gets burned and impoverished in the process. Well, one can hope, right?

The real estate market here seems to share some of the same
excesses that the United States had in its government-driven real estate bubble shortly before
the subprime mortgage crash in 2007.
Here in China, we have a flood of newly created cheap capital flowing
into the market at low interest rates for easy loans. We find unusual
business models popping up to exploit the cheap credit and drive up
housing prices and demand. What is happening is not sustainable and arguably
represents a huge misallocation of capital. The problem could get much
worse, as it has in the United States, through vigorous government
“help.” The help often alleviates the short-term pain of some parties while making the long-term problem more dangerous, one of the hallmarks of big government and highly educated economists.

Easy credit from the banks of China and China’s equivalent
of “quantitative easing” have been used to stimulate the markets, just
as was done with little success in the U.S., Japan, the European Union
and Zimbabwe (before their cataclysmic crash with hyperinflation and
economic chaos). Initially much of the new money being created was being
used to drive the Chinese stock market. As that bubble popped, wealthy
Chinese looked again to real estate as the traditional safe way to make
lots of money. In popular cities, home prices have shot up. In Shenzhen, housing prices show a 57% increase over last year. That’s an insane rate showing something is wrong.

Owners
of apartments until recently were not too concerned about rental rates
since they real money were making was coming from rapidly appreciating
property values in cities like Shanghai. But with fear that recent rises
were no longer going to be sustainable, rental prices are now getting
more emphasis. This appears to be driven in part by the very large-scale
actions of a giant force, the real estate company Lianjia (United
Homes), according to a friend of ours who is a real estate agent.
Lianjia is a respected heavyweight in the market. It has somehow managed
to obtained huge capital reserves that it has used to buy up many
former competitors, giving them a stranglehold on the real estate
business, at least in terms of the agencies and agents that buyers,
renters, and sellers use for transactions of homes and individual rental
units. According to our friend, they are also using large amounts of
capital to make loans to customers who otherwise might not be able to
afford the down payment of a new property. Further, they are actively
working with property owners to push for significantly higher rental
values. This increases their commissions and also make landlords happy. I
am not saying this is unethical, just that it is bold and seems to
require easy capital to keep the momentum going.

In spite of a
slowing economy in China, many renters are reporting significant jumps
in rent this year, at least here in Shanghai. Our landlord, for example,
wanted to increase our rent by 33%. Since we take good care of the
place and don’t make many demands, though negotiation, she was willing
to sacrifice to help us by just asking for a 24% raise in rent instead.
But she has agents from Lianjia calling her and saying she could be
getting 33% or even 40% more. This seems to be happening all over the
city.

In looking for new, more affordable apartments, my wife
found that when she went to the nearby Lianjia office and asked for
places with a price similar to what we have been paying the past year,
they said it wasn’t possible and that we would have to pay a lot more to
get a place with the features we now have. When we went to one of the
increasingly hard-to-find non-Lianjia dealers, we learned that there
certainly were places in our price range that could meet our needs.
While my wife and a non-Lianjia agent were looking at one apartment
priced at 14,000 RMB, a Lianjia agent came to the same place with a
Chinese girl who was looking to rent. She liked the place and asked how
much it was. My wife heard the Lianjia agent say it was listed at 18,000, a
full 4,000 RMB above the actual asking price. The girl was shocked and
wondered how it could be so expensive. She turned to the agent my wife
was with and asked what price he had been told. Not wanting to make
another agent lose face, our agents just nodded his head and said it was
18,000. But this apparently was Lianjia’s attempt to drive up the
price. Ugly. That may be a rare exception, but our
non-Lianjia realtor also confirmed that Lianjia is aggressively talking
up the prices.

By offering easy loans to customers who might
not otherwise be able to get one, and by collaborating with landlords
to drive prices up, the rental market in Shanghai has been booming at a
crazy pace, the kind of pace that looks like a classic bubble. The housing bubble is already popping in Hong Kong,
with a significant drop now in housing prices since the Sept. 2015
peak, said to currently be in “free fall.” That cold front may soon
sweep northward to cities like Shanghai.

In bubble economies, it’s
hard to tell precisely when the insanity will stop. With abundant
injections of cash and other policy actions, the government could keep
driving up prices for a while, but eventually (what, two more months?
maybe six? a year?) economic reality has to kick in, and when it does,
it can be painful and sudden. The bigger the steps taken to keep the
bubble going, the worse the pain will be and the longer the correction
will take.

When cheap mortgages to unqualified buyers begin to
fail and threaten the banks, we could be in for a repeat of the subprime
mortgage crisis the US faced a few years ago. When property owners
begin to see that real estate values can drop significantly, they may
look to the ultimate way of preserving capital in risky times: precious
metals, particularly gold and silver. A dramatic pop of any kind in
China could send shock waves throughout the world.

What to do? Be
prepared for trouble. Get out of debt. Have cash on hand to keep you
going for two or three months in case there is a run on the banks (the
available currency in the US is a tiny fraction of the vast amount of
digital money that has been created, and if banks fail or are hacked,
turning those digits into something you can spend may be a challenge
that faces many delays, not to mention massive threats of hacking).
Physical cash on hand may be an important part of your survival kit.
Food and other supplies, and some gold and silver coins or bullion, may
be a good idea.

By the way, in my last post for the Nauvoo Times back in January 2016, I mentioned that I thought the precious metals market showed signs of being a great time to buy. Gold was then below $1100/ounce and silver was around $14/ounce. Those who took that advice have seen some strong gains. While there may be another dip coming up now, I think in the long run this is still an excellent time to make sure you have part of your portfolio backed by genuine precious metals, but not the fake paper stuff that many companies sell. If you can’t own the physical stuff (hard for foreigners here in China to do that!), you can invest in funds such as CEF (Central Exchange Fund of Canada, NYSE: CEF) which is backed by actual bullion, a favorite investment of mine.  But first make sure you have some cash on hand, and then make sure you have some ways of preserving wealth when bubbles pop or electric accounts are sealed, hacked, or frozen. The tsunami of insane debt that our government has created coupled with insane artificially low interest rates (even negative rates now in Europe and Japan as part of the war on savings and the war on cash) is driving many bubbles that won’t be pretty when they pop. So be sure to have a good food storage plan. And get all the education you can. Good luck!