Can you imagine what might happen to a public school teacher who read this concluding passage from Darwin’s Origin of Species to a class of students? Especially if it seemed that the teacher agreed with Darwin? The grandeur of life with powers breathed by WHO? Oh my. That’s pretty much what some devout Christians with scientific training believe. Here’s a book that needs to be banned to protect our children from being tainted with “unscientific” beliefs. 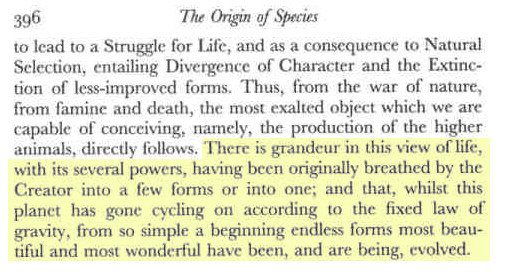 You can see this at Amazon.com for The Origin of Species, Revised Edition, edited by Philip Appleman. Use the “Search Inside” feature and search for “there is a grandeur”.