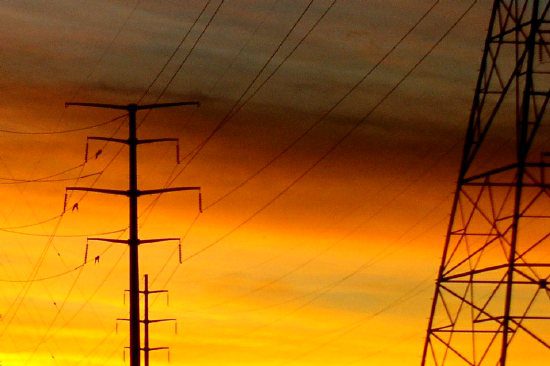 I have an insatiable quest for power, especially when I’m in airports (that’s where I am as I write). Insatiable because I can walk endlessly sometimes without finding an available outlet to recharge my laptop (Chicago’s O’Hare, for example). The few outlets installed by sadistic airport authorities were intended only for the occasional use of janitorial crews with very long extension cords and not for the masses of power-deprived wanderers. Those rare oases of hope are claimed long before I arrive by highly territorial power seekers who huddle around them to selfishly feed power to cell phones, laptops, iPods, or other greedy gadgets.

Many times when I do find a free outlet, there’s a reason why it remains unclaimed. I can feel for the dehydrated trekker in the Saharan dunes of Hollywood who gives up his last bit of strength to toss himself, half mad with thirst, into the fresh waters (finally!) of an oasis, only to gasp for breath with a mouth full of sand, deceived by a cruel mirage.

Have you had the experience of having a laptop that you need for a presentation, a meeting, or a report that is urgently due, only to realize that you have no way to recharge the battery and that the power is nearly gone? I’ve left my recharger in my office a couple of times, have had rechargers go bad, and have had the power jack on two laptops go bad (broken connection), so that plugging in to power didn’t help. Perhaps you’ve had batteries go bad as well. When the power the laptop needs is lost, when the connection to the source of power has failed, the computer will run down and stop functioning. All the marvelous data that has been downloaded or created in the past, all that memory, all the great work that you’ve done, all the wonderful tools that you have installed, suddenly become inert, inaccessible, and for all practical purposes simply gone.

Thinking about the horror of a connection gone bad in the power line from the laptop to the source reminded me of the reasons we needed a Restoration. The priesthood power and the authority of the original Church of Jesus Christ began to drain when men rejected apostolic leaders and eventually caused their death and the dissolution of the quorum of the apostles. Without the authorized power to guide the Church, to recharge and maintain its offices, to supervise its ordinances and ministry, to receive revelation on behalf of the Church, the battery of authorized priesthood leaders in the Church began to run down. Bishops, not apostles, began trying to govern and lead the Church, and eventually political powers, not priesthood power, oversaw Church appointments and councils. Doctrine became increasingly influenced by human philosophy and politics than by modern revelation to living apostles and prophets. Much of the structure and mission of the Church continued, scriptures were preserved (though not without some painful loss), the basics of Christianity were taught to millions, and good people found comfort and faith–but ordinances were changed, precious doctrines were lost, and the sun set on continuing revelation.

In spite of all the great data that had been downloaded in the scriptures and all the great works of past saints and the sincere efforts of current saints and believers, there was a need to restore and recharge the Church. Authority was restored by divine messengers, using the ancient pattern of God calling men through revelation and the laying on of hands by other authorized priesthood holders. Modern revelation was brought back.

The Church is fallible and subject to all sorts of problems that we mortals bring, but it has something truly divine: genuine priesthood power, restored, with restored apostolic and prophetic offices so that modern revelation can flow again. It’s not destroying or denigrating what was done in the past with the download of early Christianity, but making it more fully accessible and energized for our day.

When it comes to the kind of power that really matters, the blessing of the Restoration helps to satisfy my personal spiritual quest. As for electrical power, that quest continues.

8 thoughts on “My Insatiable Quest for Power”