The ceramic figure below comes from the Late Classical Period from the Monte Alban site in Oaxaca, Mexico, and is on display in Mexico City’s magnificent National Museum of Anthropology. Since modern Native Americans generally lack the ability to grow beards, the presence of bearded figures in ancient Mesoamerica suggests that some genetic features found among ancient Mesoamericans were lost over time (plague, perhaps, or assimilation in other groups?). 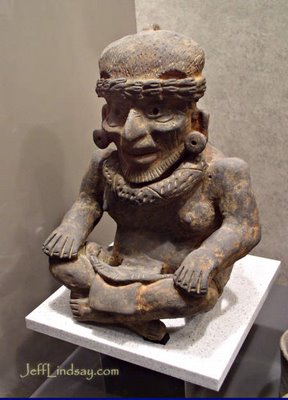 Bearded figures are also known from the Olmecs. Here is a sculpture simply labeled as “Bearded Man.” The description also notes that Quetzlcoatl is sometimes depicted with a beard. 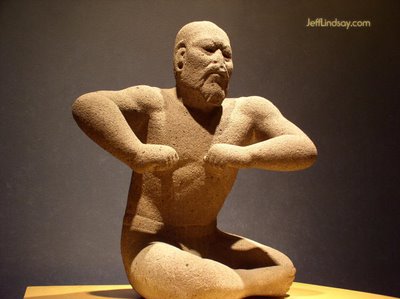 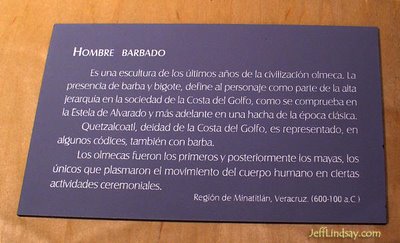 Here’s one more from the Classical Period of the Gulf Coast region, called “Old God.” 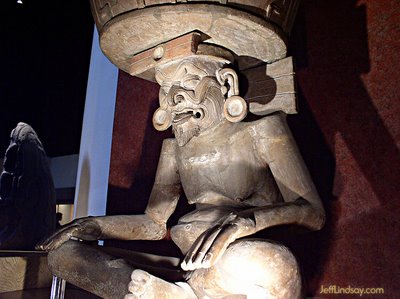 Hey, I think it looks like Amalickiah! Man, the evidence just keeps piling up around here.