Here is a beautiful view from Google Earth of a leading candidate for the Book of Mormon site Bountiful, Khor Kharfot, the fertile inlet at the end of a long wadi (valley or ravine where water can flow in the rainy season), Wadi Sayq, in Oman. It is at a location nearly due east of the candidate for Nahom in Nihm tribal lands, about 25 miles north of Sanaa in Yemen. Khor Kharfot, a site I’ve discussed frequently on this blog, is one of the most fertile spots on the eastern coast of the Arabian Peninsula, boasting the largest fresh water lagoon in the entire Arabian Peninsula and a truly a place of abundance. It is a site of ongoing research and conservation work, thanks in part to the Khor Kharfot Foundation to the early work of the now defunct Khor Karfot Foundation.

Thanks to Warren Aston for the link to this view of Khor Kharfot.

Click to enlarge. Any of you been there? It’s a goal of mine to visit Oman and Yemen. 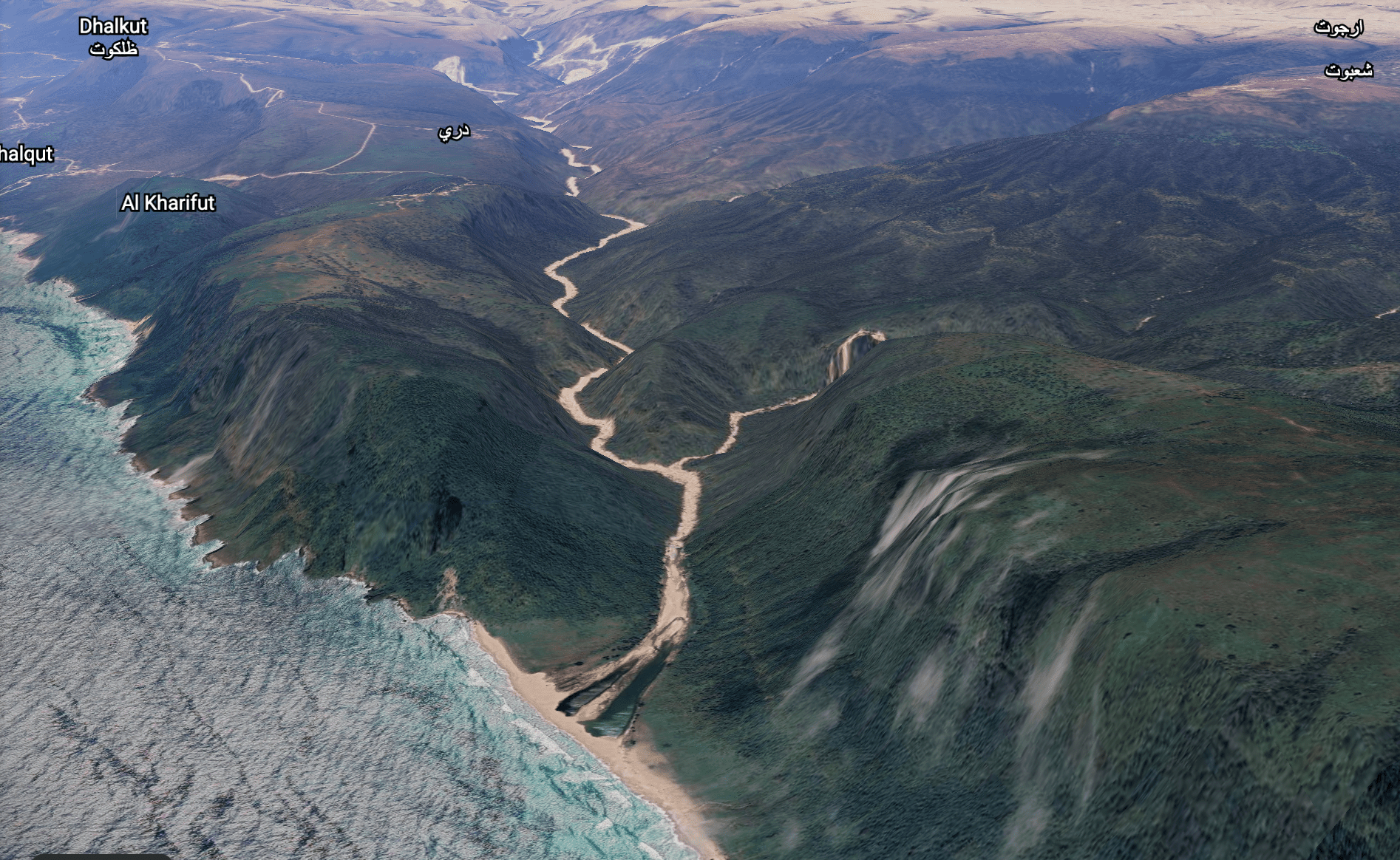 3 thoughts on “A Google Earth View of a Candidate for Bountiful, Khor Kharfot on Wadi Sayq”