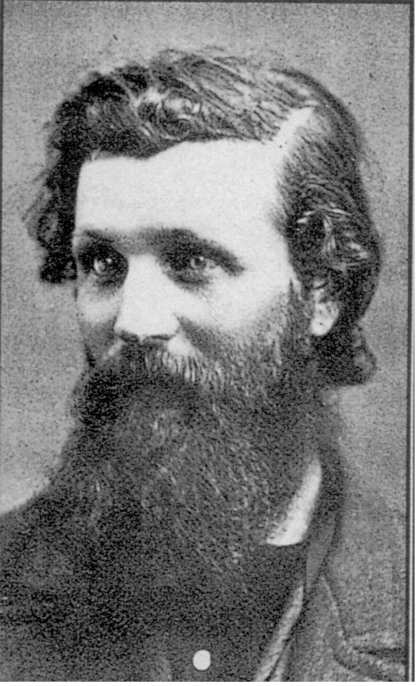 Enjoyed a tribute the life of John Muir on PBS tonight. What a majestic life. What awe and respect for the glories of nature that God has given us. Though most associated with Yosemite, he also spent time exploring the Sierra Nevada mountains where he dared fate in scaling Mount Ritter. In reading his account of the perilous moment he faced and the deliverance he was granted, may we ponder our own journey in mortality and learn not to give up when falling seems to be the only option. May we hold on and be ready with gratitude, when we have done what we can, to receive at last the strength and guidance we need to find the next footholds to safety.

The following excerpt is from “The Untouched Summit of Ritter” by John Muir (1894):

Arriving on the summit of this dividing crest, one of the most exciting pieces of pure wilderness was disclosed that I ever discovered in all my mountaineering. There, immediately in front, loomed the majestic mass of Mount Ritter….

I could not distinctly hope to reach the summit from this side, yet I moved on across the glacier as if driven by fate. Contending with myself, the season is too far spent, I said, and even should I be successful, I might be storm-bound on the mountain; and in the cloud-darkness, with the cliffs and crevasses covered with snow, how could I escape? No; I must wait till next summer. I would only approach the mountain now, and inspect it, creep about its flanks, learn what I could of its history, holding myself ready to flee on the approach of the first storm-cloud. But we little know until tried how much of the uncontrollable there is in us, urging across glaciers and torrents, and up dangerous heights, let the judgment forbid as it may.

I succeeded in gaining the foot of the cliff on the eastern extremity of the glacier, and there discovered the mouth of a narrow avalanche gully, through which I began to climb, intending to follow it as far as possible, and at least obtain some fine wild views for my pains. I thus made my way into a wilderness of crumbling spires and battlements, built together in bewildering combinations, and glazed in many places with a thin coating of ice, which I had to hammer off with stones. The situation was becoming gradually more perilous; but, having passed several dangerous spots, I dared not think of descending; for, so steep was the entire ascent, one would inevitably fall to the glacier in case a single misstep were made. Knowing, therefore, the tried danger beneath, I became all the more anxious concerning the developments to be made above, and began to be conscious of a vague foreboding of what actually befell; not that I was given to fear, but rather because my instincts, usually so positive and true, seemed vitiated in some way, and were leading me astray.

At length, after attaining an elevation of about 12,800 feet, I found myself at the foot of a sheer drop in the bed of the avalanche channel I was tracing, which seemed absolutely to bar further progress. It was only about forty-five or fifty feet high, and somewhat roughened by fissures and projections. The tried dangers beneath seemed even greater than that of the cliff in front; therefore, after scanning its face again and again, I began to scale it, picking my holds with intense caution. After gaining a point about halfway to the top, I was suddenly brought to a dead stop, with arms outspread, clinging close to the face of the rock, unable to move hand or foot either up or down. My doom appeared fixed. I must fall. There would be a moment of bewilderment, and then a lifeless rumble down the one general precipice to the glacier below.

When this final danger flashed upon me, I became nerve-shaken for the first time since setting foot on the mountains, and my mind seemed to fill with a stifling smoke. But this terrible eclipse lasted only a moment, when life blazed forth again with preternatural clearness. I seemed suddenly to become possessed of a new sense. The other self, bygone experiences, Instinct, or Guardian Angel,–call it what you will,–came forward and assumed control. Then my trembling muscles became firm again, every rift and flaw in the rock was seen as through a microscope, and my limbs moved with a positiveness and precision with which I seemed to have nothing at all to do. Had I been borne aloft upon wings, my deliverance could not have been more complete.

Thank God he survived and went on to do much that has made our world richer for us today.

5 thoughts on “Climbing Mount Ritter: The Deliverance of John Muir”