I’ve come back to Utah for a few weeks to start an exciting and challenging new job. After having lived in China for 8 years, loving almost every day of it, it’s hard not to think about China and its people almost every day.

One of the most pleasant parts of my time here has been regular trips to the campus of Brigham Young University for research and potential collaboration. I was a student there long ago, and many things seem familiar, but many things have changed. Was it this beautiful back when I was there? Some of the improvements in buildings and landscaping are really impressive, but so much, even the mountain setting, seems more beautiful than I ever recall noticing before. Maybe it’s the contrast to mountain-free Shanghai, maybe it’s the blue skies which are not all that common in populated parts of China, maybe it’s the extra rich greenery from generous rains this year, but whatever it is, it’s just a marvel to set foot on the campus and think of what a treasure this university is. 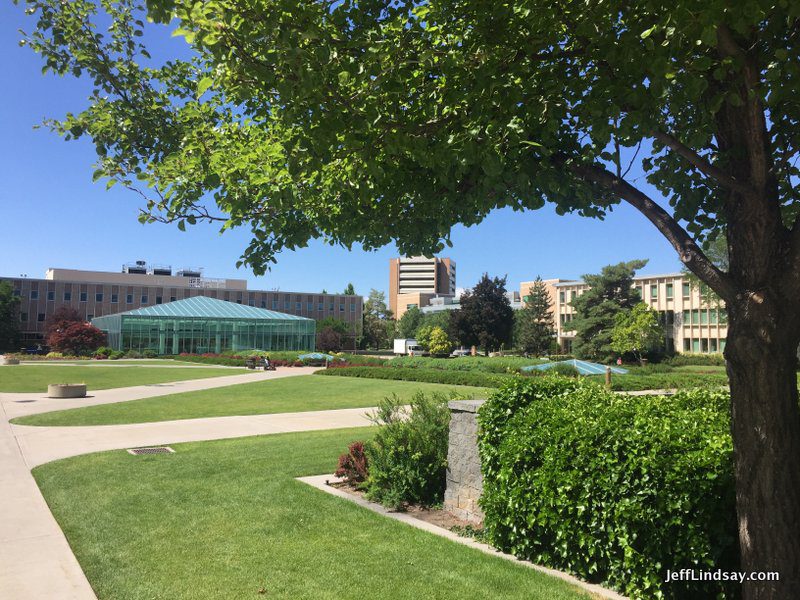 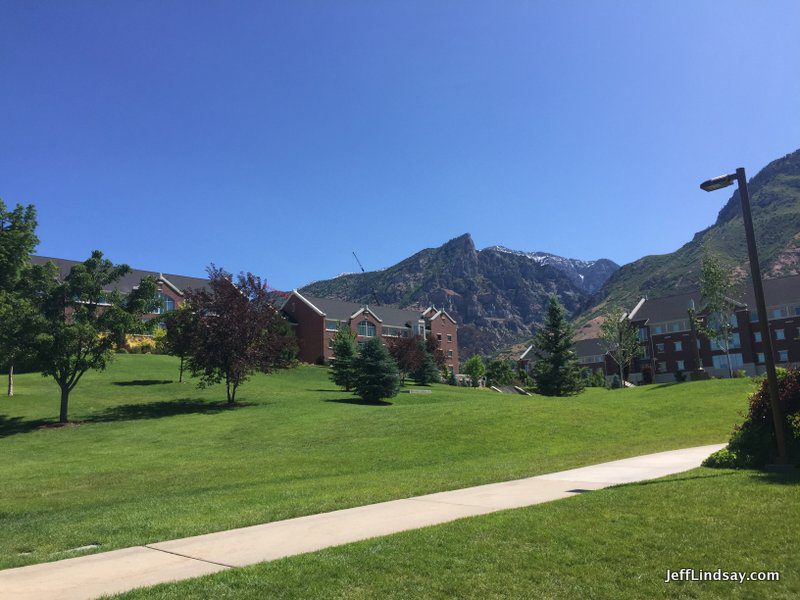 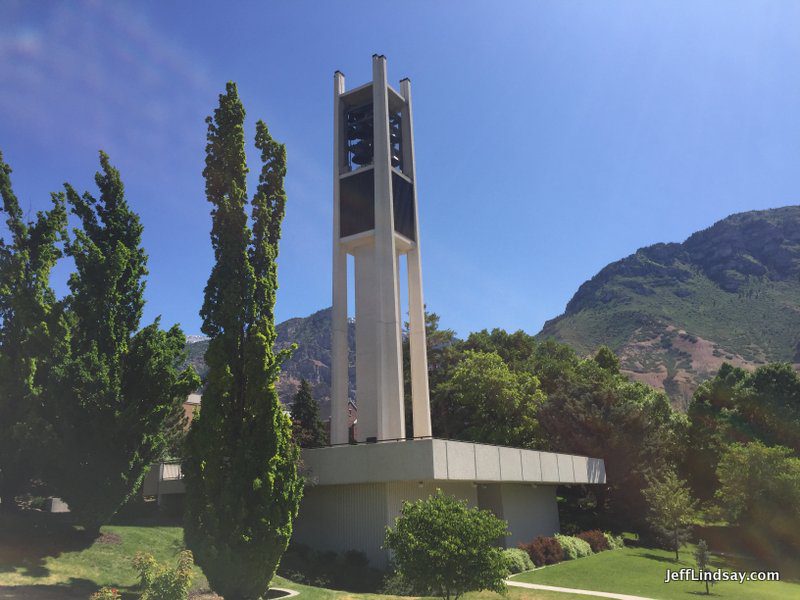 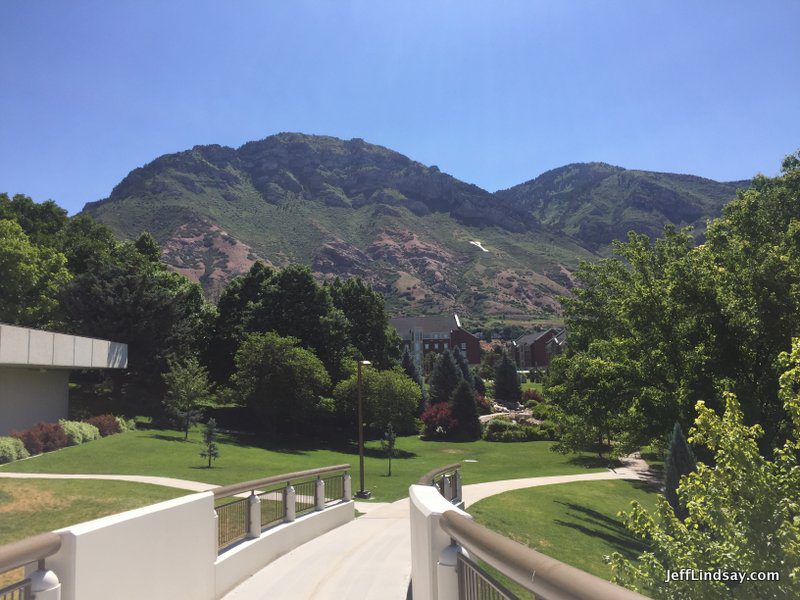 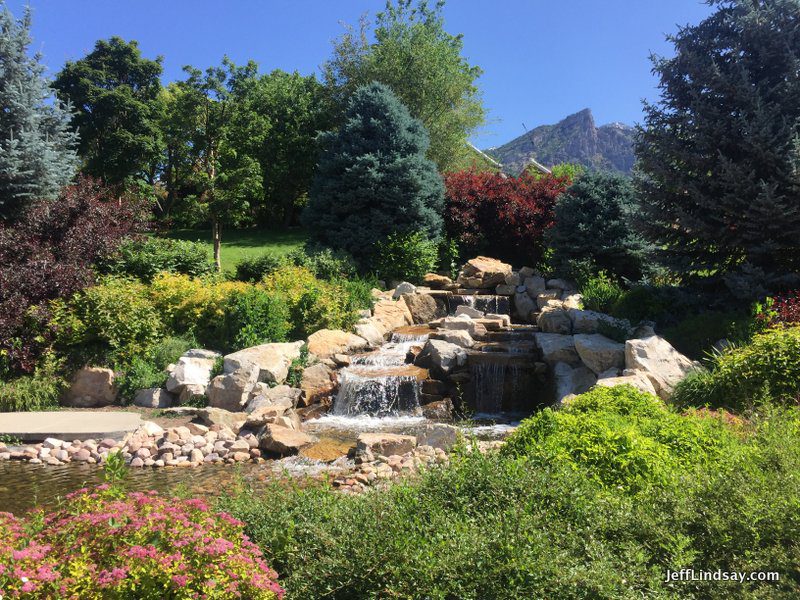 A few days ago visitor parking was packed, so I ended up parking by the Monte L. Bean Life Science Museum, and felt a need to step inside. Wow, what a treasure (the photos at the end of this post are from the museum, including works of Elder Boyd K. Packer). Much more interesting and beautiful than it was in my day. I was also touched by the artwork on display from Elder Boyd K. Packer, who was a master carver of wood who made lifelike birds and other animals. I had the pleasure of being in his home once or twice when I was a teenager and saw some of his carvings. They are even more beautiful now than I remembered.

As an aside, is there something going on with me, that familiar things from my past seem much more beautiful than they used to? It may be a trend, for it’s happening closer to home as well. My sweet wife, who based on logic and science must be getting older, seems more beautiful to me now than when we were very young. If this is some kind of mental problem with me, it’s a great one to have.

There is more than just the physical beauty of BYU that make it a beacon to the world. There are many people of all faiths, including no religious faith at all, who are looking for the things BYU stands for. There are people who want to study at a place where education and personal growth is the goal, not binge drinking and debauchery. There are many parents around the world who are looking for a place to send their children where they can not only get a strong education, but will be safe and less likely to be pressured to drink, do drugs, engage in immoral behavior, and mess up their life through the influence of depraved peers and predators. BYU has problems and dangers, like any place that has humans wandering about, but the wholesome environment, its salutary honor code, and the zealous efforts of university leaders to make BYU a safe and decent place make BYU a real gem, a beautiful treasure that invites people from all over the world to participate in one of the best and most helpful educational experiences available on the planet.

This brings me to China. China and the people of China need a place like BYU, in my opinion. So many parents who hope to send their children to get an education in the West are discouraged by what they learn about the debauchery that takes place in student dorms, the crass or perverted professors that influence thousands of young people, the warped sense of values among many university leaders that seem more interested in enforcing thought control or political agendas than in actually encouraging education and protecting the welfare of their students. But when they learn about BYU, there is often some excitement to learn that wholesome environments are possible where their children may be at much less risk.

I have been pleasantly surprised at just how well the values of BYU and its honor code resonate with the values that seem to be a natural part of the culture and mindset of many Chinese people. In spite of the negative things that are often said about China, this is a nation where the average person, in my opinion, really is decent, kind, and moral. It’s a place where so many families seem wholesome and healthy, with basic family values. It’s a place where the problems of fraud and corruption that the West often talks about are being zealously driven out, though there’s much progress to be made. People with those values might be thrilled to learn about the values and environment at BYU. It’s not for everybody and the fact that it’s a religious university will be a concern for some, but the Chinese people I know who have gone there have generally cherished their time and are grateful for what they had in that environment. It’s really a gem, and I hope it will continue to have good ties with China.

Wouldn’t it be wonderful if we had a BYU-like campus in China one day to make it even easier for those seeking something like BYU to have it more easily available? Wishful thinking for now, but I’m convinced that China and many Chinese parents need or at least will benefit from BYU, and that BYU needs China, a nation that treasures academic education as well as the moral development of its diverse people. Here’s wishing for strengthened interaction between BYU and China in the future!

Some scenes from the Monte L. Bean Life Science Museum: 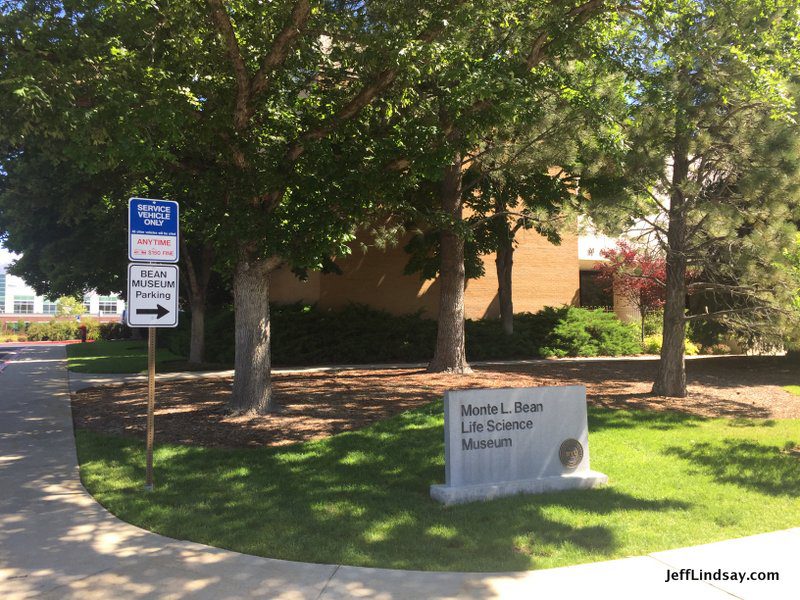 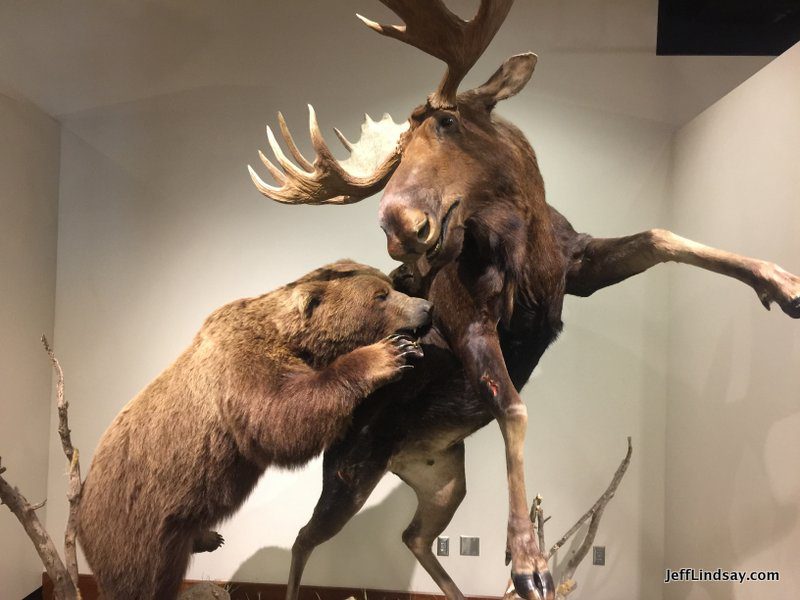 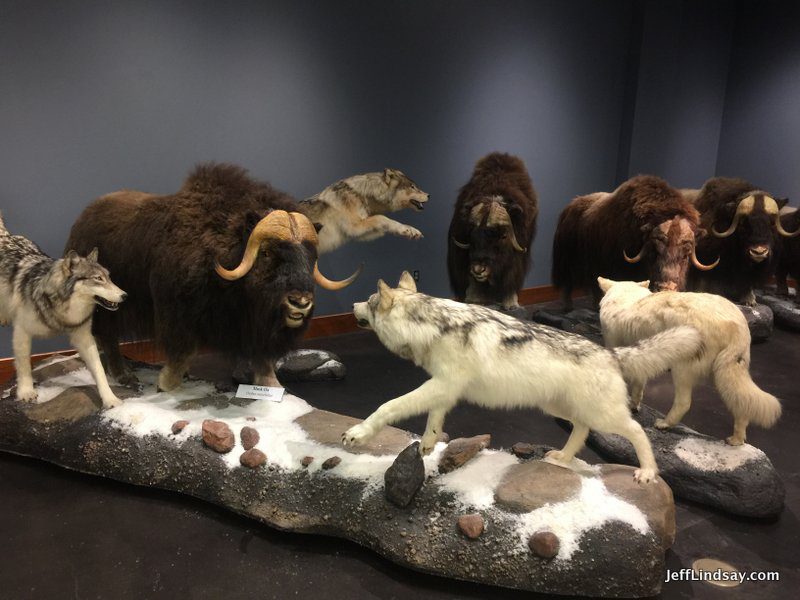 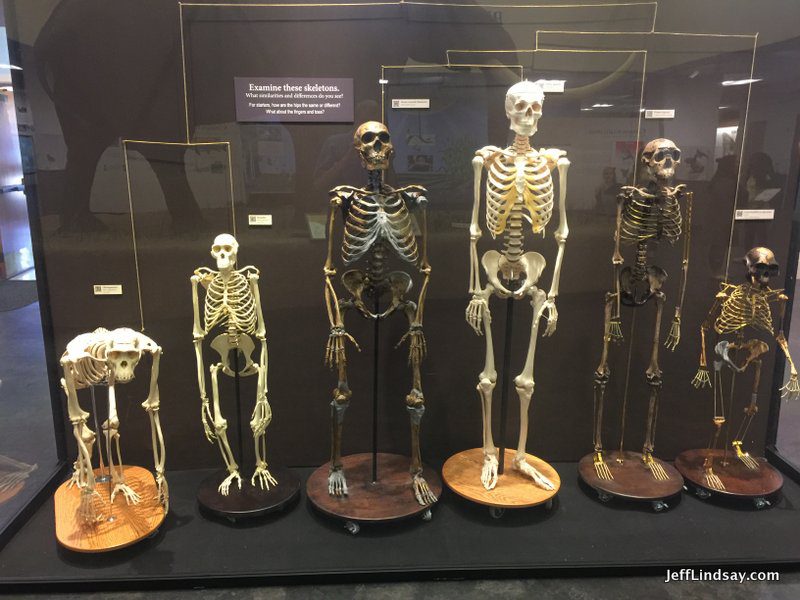 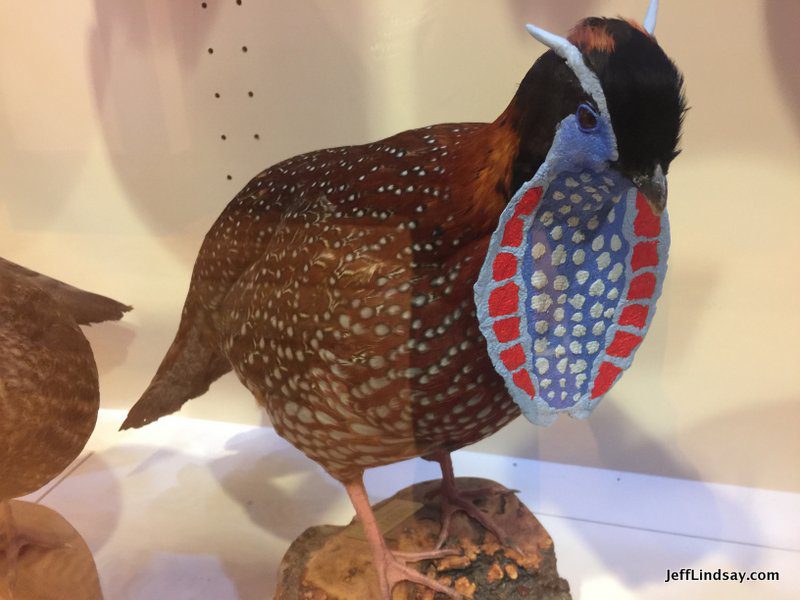 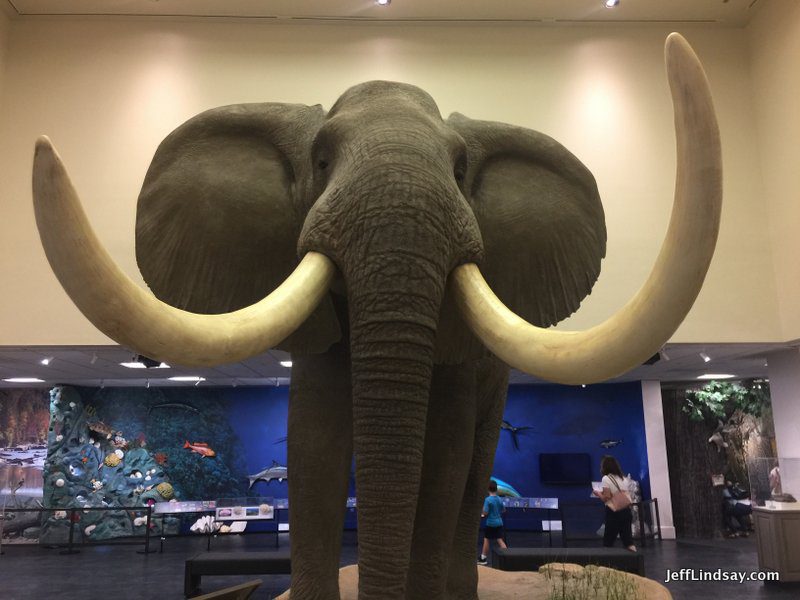 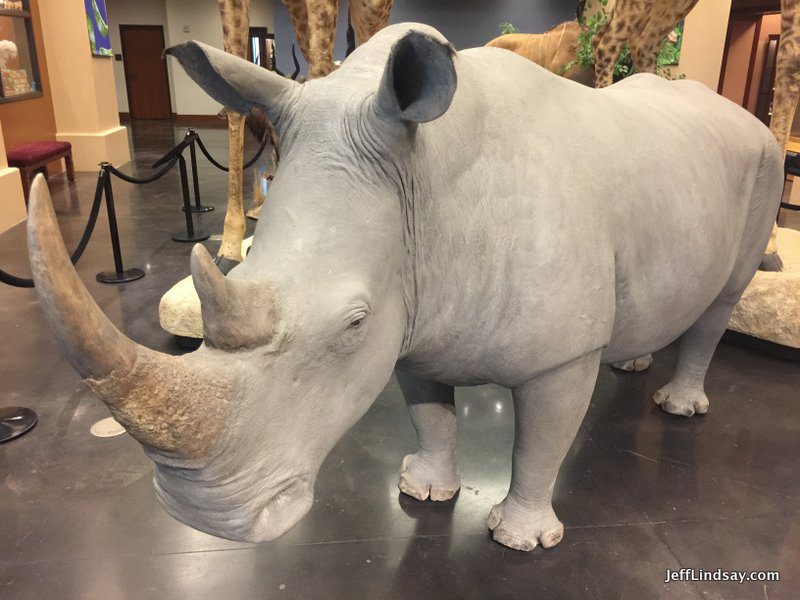 Some works of Elder Boyd K. Packer on display at the Museum: 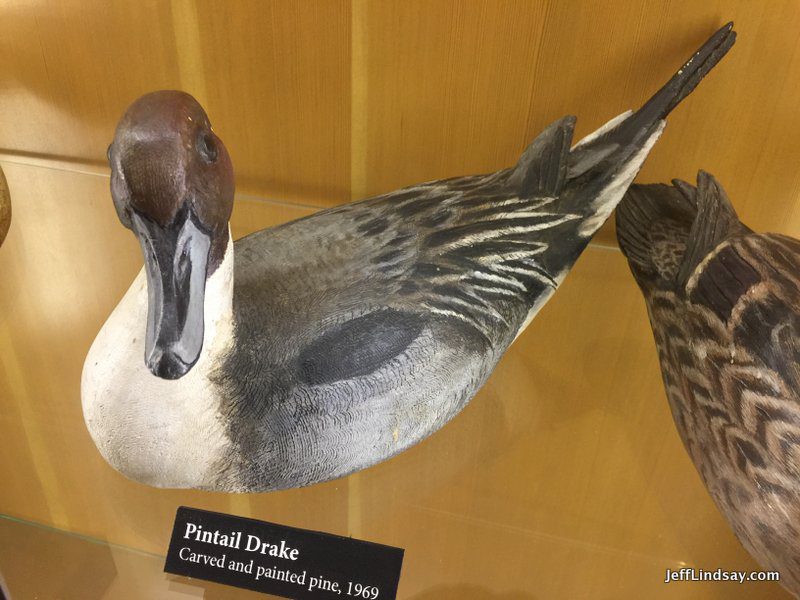 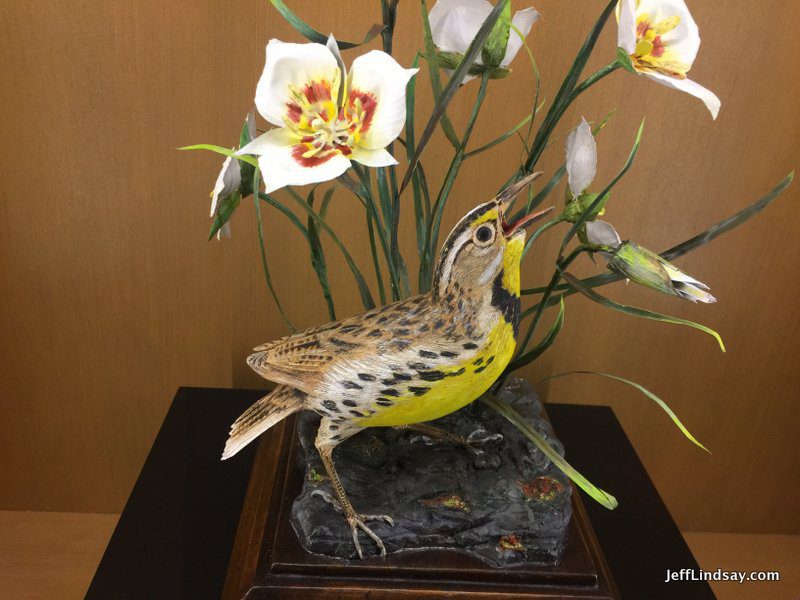 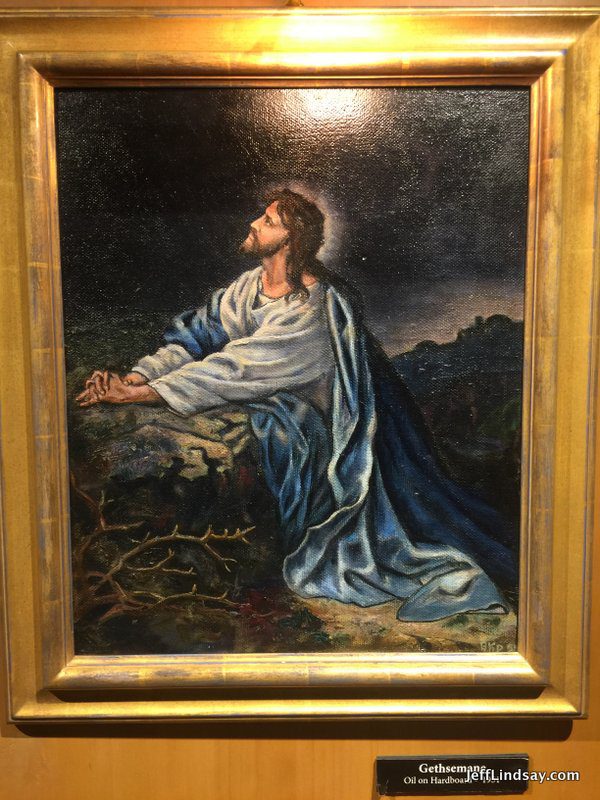 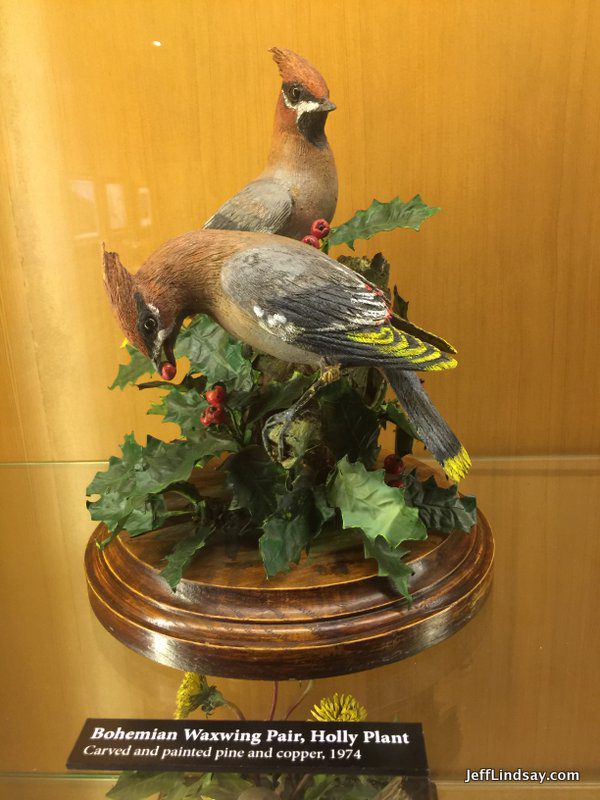 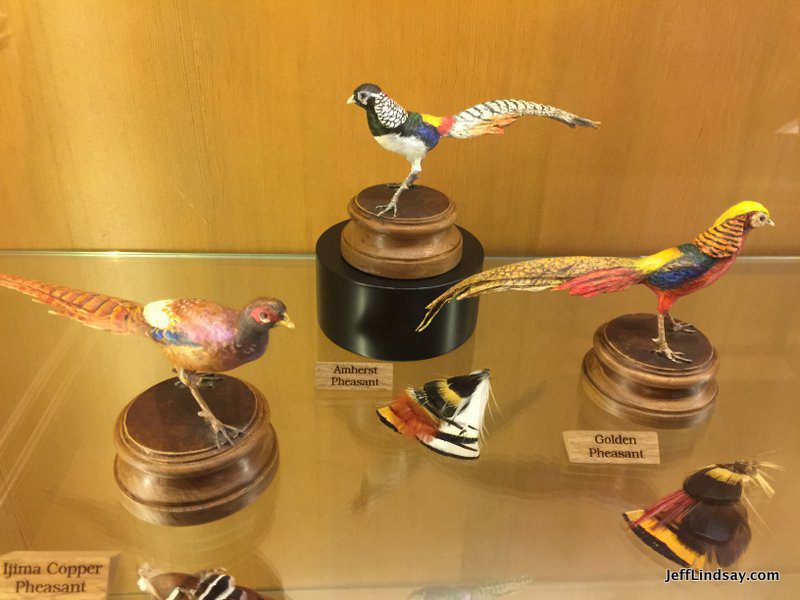 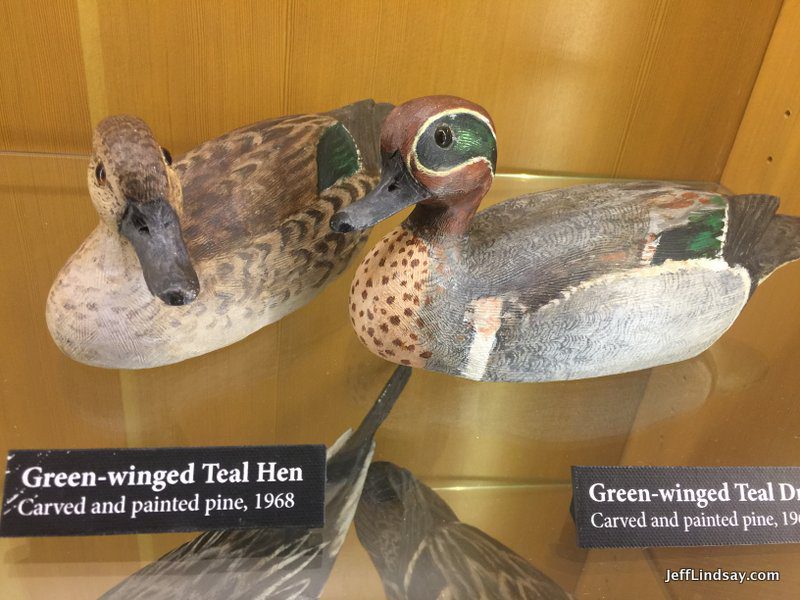 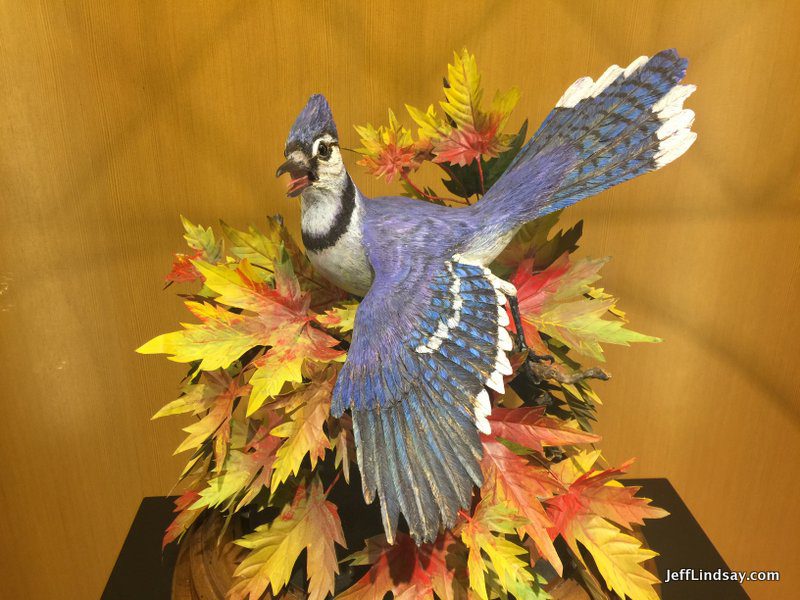 3 thoughts on “BYU: A Beautiful Solution for the Needs of Many Families and Students in China”