The New York Times and Shaken Faith in Sweden 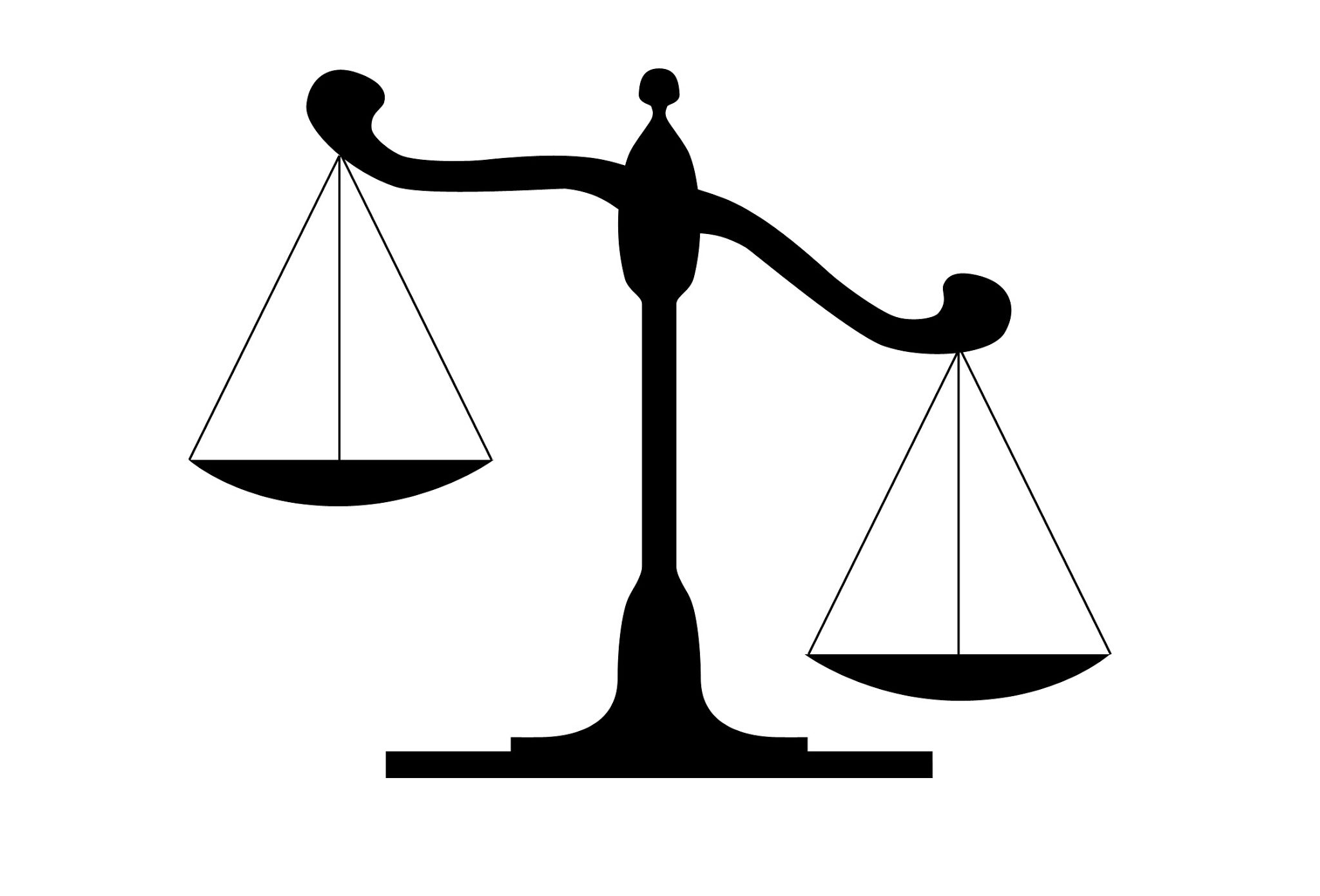 The arguments that weigh against Mormonism and the LDS story of a divine Restoration came to the front page of the New York Times recently in an article about Mormon doubters, including a former Area Authority from Sweden, Hans Mattson, who found negative information on the Web which undermined his faith. While I’m surprised that this would be a front page story for the Times now that the election is over, I personally find it interesting and important for Mormons to understand. The story is “Some Mormons Search the Web and Find Doubt” by Laurie Goodstein, July 20, 2013.

According to Goodstein, Brother Mattson didn’t get the help or answers he felt he needed when he raised some concerns that other Swedish people had, so he began his own online investigation and soon had his faith undermined. I would say that he experienced the phenomenon that Michael Ash calls “shaken faith syndrome” in his excellent book of that name. The Times describes the troubling results of his search:

But when he discovered credible evidence that the church’s founder, Joseph Smith, was a polygamist and that the Book of Mormon and other scriptures were rife with historical anomalies, Mr. Mattsson said he felt that the foundation on which he had built his life began to crumble.

This paragraph was especially painful for me to read. How can this happen? I suspect that the reporter is missing something here, and perhaps it was details of polygamy that shook Brother Mattson more than merely discovering that there was polygamy. After all, on my mission in Switzerland and Germany, not all that remote from Sweden, polygamy seemed like the first question that came up with many educated investigators, so how could our own members in the north not know of it? Yet it is said that there are members in various parts of the Church who don’t yet realize this.

I do recognize that the Church is not keen on that aspect of history and does not do much to bring it up these days since, frankly, I think we are all glad it’s over. But our link to polygamy in the past is hardly invisible. In fact, it’s in the LDS scriptures, where Official Declaration-1 from the First Presidency in 1890 declares that polygamy is over. This is placed right after Section 138 in the printing of the Doctrine and Covenants. There is also Section 132 which introduced plural marriage, and while that practice has been ended, I think it’s hard to avoid some discussion of it during years of Church membership.

Some discussion, for example, occurs on the Mormon Newsroom site of the Church which has a page on polygamy, explaining that it was introduced in 1831. It is mentioned in the popular Church booklet, Our Heritage (PDF file) as well as the Doctrine and Covenants Sunday School manual (PDF) in treating Section 132. President Hinckley fielded some questions about polygamy in his famous Sept. 1998 interview on Larry King Live, and he again mentioned polygamy in his well-known October 1998 General Conference address, “What Are People Asking About Us?” He reminds us that the Church has stopped practicing polygamy for over a century, with more detail in the Larry King interview. Of course, King’s questions were polite and not nearly as troubling as they could have been, but they served to remind anyone listening that the Church was tied with polygamy in the past.

I recognize, of course, that if one’s understanding of Church history comes from basic LDS video clips of the Restoration, it would be too easy to think that Joseph was just another ordinary monogamist. Ditto for Brigham Young. But I somehow thought that the first thing Europeans learned about Utah and Mormons was that Brigham Young had numerous wives and that Mormons practiced (and allegedly still practice) polygamy. That’s why I think Brother Mattson’s issues were certainly deeper. Polygamy was a complex, sometimes messy matter in my opinion, and I’m so glad it’s over.

Polygamy is certainly a sensitive subject that we have perhaps been too shy to address with our own members. Without some basic “inoculation” and frank discussion, as in Michael Ash’s Shaken Faith Syndrome, we may have left too many prone to a shaken faith when their mistaken vision of Joseph as a monogamist is toppled with a long queue of wives, including some controversial marriages that require some careful consideration to sort through the messy and troubling issues. Resources for dealing with some of the most troubling and puzzling aspects of polygamy include Greg Smith’s 2009 article, “Everything You Always Wanted to Know About Plural Marriage* (*but were afraid to ask)” and other information at FAIRLDS, including the FAIRMormon Wiki on polygamy and their material on the issue of polyandry. Richard Bushman’s Rough Stone Rolling also confronts many of the troubling issues of polygamy and other non-ideal aspects of Church history and reminds us that a scholar can dig into the controversies and maintain a vibrant faith.

Some Thoughts for Those Struggling with Doubt

Regardless of how Hans Mattson and other Saints may have been blindsided by some of the controversies of our past, including polygamy, blacks and the priesthood, or by challenges to our scriptures, such as attacks on the Book of Abraham, there are some things I’d like to say to them and to any of you struggling with related doubts.

First, know that you are not alone in your concerns. There are challenges to our faith and misconceptions that many of us had for years that need correction, and sometimes this updating can be painful. Some simple assumptions that seemed OK in the past are not accurate and not even doctrinal, such as the common old assumption that the Book of Mormon describes all the ancient origins of all Native Americans, or the idea that the limitation on the priesthood for many (but not all) blacks must have been a doctrinal matter based on some official revelation (there is no evidence of such a revelation being given).

Second, know that there are some helpful answers and new perspectives that can strengthen your faith as your grapple with these challenges. Resources such as FAIRLatterdaySaints.org, the Maxwell Institute, the Interpreter, and BlackLDS.org can supplement the vast resources at LDS.org and help clarify some of the issues. None of that is going to make the controversy of polygamy disappear, but you can see that many faithful LDS people have dealt with these issues in various ways and found their faith still intact. I take on some of the controversies also in my LDSFAQ area.

Third, in weighing Mormonism, don’t just add the controversies of history to the balance. There growing evidences for the Book of Mormon need to be considered. The big picture of the broad answers that the revelations of the Restoration provide need to be considered, including their marvelous fit into the ancient world, even down to details such as modern discoveries on ancient covenant patterns which we find beautifully present in the Book of Mormon and the restored LDS Temple. I discuss my journey in some of these areas on my LDSFAQ pages such as my pages on the Book of Abraham, my pages on Book of Mormon Evidences, and on my Mormanity blog.

There is room for doubt and a need for all of us to grapple with doubt. But know that there is still plenty of room for faith and plenty of room for rejoicing in the majesty of the Restored Gospel, including some remarkable evidences for the Restoration that the Lord has allowed to come our way. There is much to weigh and many perhaps overlooked or not yet noticed treasures that can swing the balance to the side of strengthened, not shattered faith.

To Hans and all others in the process of weighing Mormonism, I would encourage you to step back and see the bigger picture and then fairly consider the many positives at the same time as we update our perspectives on the trouble spots. While what really happened in history is rarely clear and easily misjudged, we can more easily judge what happens in our lives as we live the Gospel and experiment with the Word. There is a power, joy, and indeed, even intellectual fulfillment that comes with steady service and study, even after facing some of the disappointments that come when some unfounded assumptions we long held require correction.

Do not assume that the real issue is some hidden moral sin or being offended by some trivial “spilt milk” issue. That is often not a fair comparison to the real issues and real pain that doubters who want to be believers can face. Love them, help them find useful resources if they wish, do not just brush off their concerns (at least put them in contact with some of the LDS folks who might have answers or at least thoughtful perspectives to share), and maintain your friendship even if they leave the Church. Friendships and family relationships are precious and we should try to not let religion get in the way when religious differences arise. Our faith should strengthen our ability to be good friends and family members, even when others don’t share our views. Yes, I know that’s easy to say but often hard to do, especially when a doubter feels a need to spread the doubts and fight against the Church. But let’s do the best we can to follow Christ in these challenges and be who we are supposed to be.

We do not need to be the judge, just the friends and perhaps helpers (when help is wanted) of those who doubt. But may those doubters find their faith again and come home. There are many good reasons to come home again, and many treasures to weigh on the side of faith.

Update, July 27, 2013: The concerns of the Swedish Saints turn out to be deeper and more serious than the New York Times article indicated, and the frustrations raised are more well founded, in my opinion, though consideration of the pro-LDS resources cited above help to address many of the specific concerns. In the end, faith and tempered expectations are required.

90 thoughts on “Weighing Mormonism: Thoughts for Mormon Doubters (and Readers of the New York Times)”