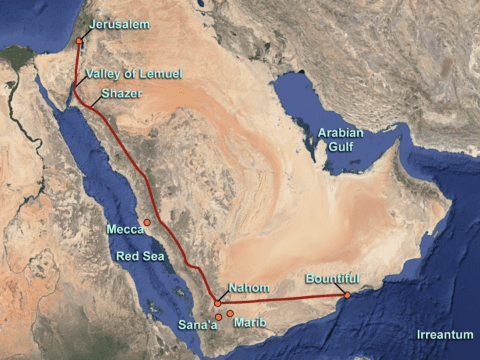 Nahom/NHM: Only a Tribe, Not a Place?

Discoveries from the Arabian Peninsula supporting the existence of a place called Nahom (see 1 Nephi 16:34) have been criticized for only showing that the NHM tribal name existed in ancient Yemen, not a place with that name. The claim is made that tribal names in Yemen were not used as place names, so it makes no sense to think that anyone could have encountered “the place which was called Nahom.” Contrary to such claims, there are multiple examples from antiquity of Yemeni tribal names being associated with places and a recognition from some scholars of Yemen that tribal names can be equated with places. The archaeological evidence of the NHM/Nihm tribal name on ancient altars from Marib makes it entirely plausible that a place called NHM did actually exist in Nephi’s day in a place consistent with the Book of Mormon record.