General Conference for me began with a window view of the Voodoo Mart on Canal Street in New Orleans. I stepped out of my lengthy Saturday meetings (a planning meeting for a chemical engineering organization, AIChE) in the J.W. Marriott Hotel to a little corner near a window, where I was able to catch the last talk of the afternoon session on the Internet.

To my delight, another Latter-day Saint in the meeting had a car and offered to give me a ride to the Priesthood Session that evening. We weren’t sure if the New Orleans First Branch in town would have the broadcast, but we gave it a try. As we pulled up to the building, the gates to the parking lot were locked, and we were about to leave and try the more distant stake center. Just as we started to drive away, two missionaries showed up and assured us that this was the right place. Thanks to the Mormon missionaries, the gates of New Orleans did not prevail against us, and we were able to enter into a little bit of paradise with the fine people of the branch.

The Priesthood session was one of the best ever. I was touched by the steady emphasis on service and on reaching out to others. As we begin an era of serious economic trouble, this message of compassion and love seems wonderfully timed. And who better to lead us in this area than President Monson? Personally, I am intimidated and almost overwhelmed by his personal example. This man’s life is characterized by reaching out to individuals, remembering widows, staying in touch with many dozens of people across the years to love and bless them, listening to the promptings of the spirit day after day, engaging in quiet acts of service and self-sacrifice – it’s amazing. Thank goodness he didn’t have a blog all these years!

After the conference, a professor from Tulane University in the Branch Presidency here kindly invited us to attend tomorrow and participate in their traditional potluck luncheon after the morning session. Not only is this a wonderfully friendly and diverse branch, but they have incredible food. I was especially impressed by the jambalaya and the large quantities of perfectly seasoned crawfish (a young man kindly revealed his secret techniques of crawfish eating). The bread pudding was terrific also, with the bourbon that the recipe called for replaced with a custom cherry puree. Delicious.

My friend and I felt needed at the Priesthood session because we were able to help get the audio working for the broadcast. There was no audio as the session was about to begin and the Elders were struggling with the system. I found a sheet with a tech support number and had a cell phone, so I called and soon reached someone. When they suggested we should reboot the system (unplug and then restore power), I though I was getting the standard tech support run-around, but it actually worked. The sound came on just seconds before the opening hymn. I noticed after that just how much more meaningful a conference broadcast is with the sound on.

Hey, wasn’t President Monson great again in the afternoon session? What a divine sense of humor this man has! And what love he has for his wife!

Here’s the New Orleans First Branch building, which I suggest you attend. 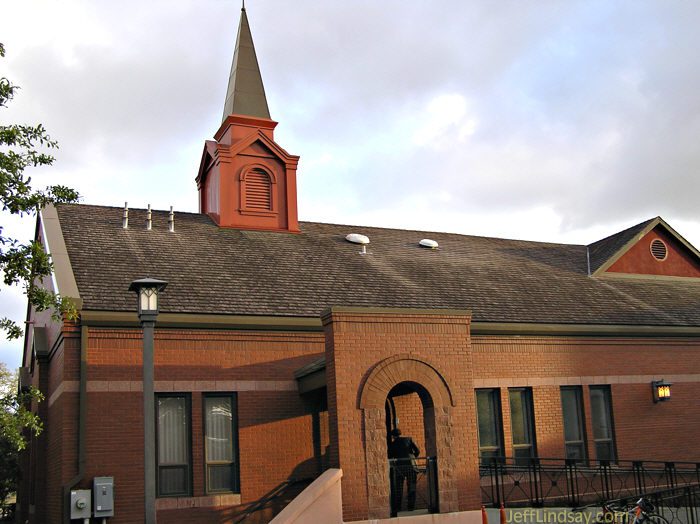 Here’s the Voodoo Mart, which I suggest you avoid. 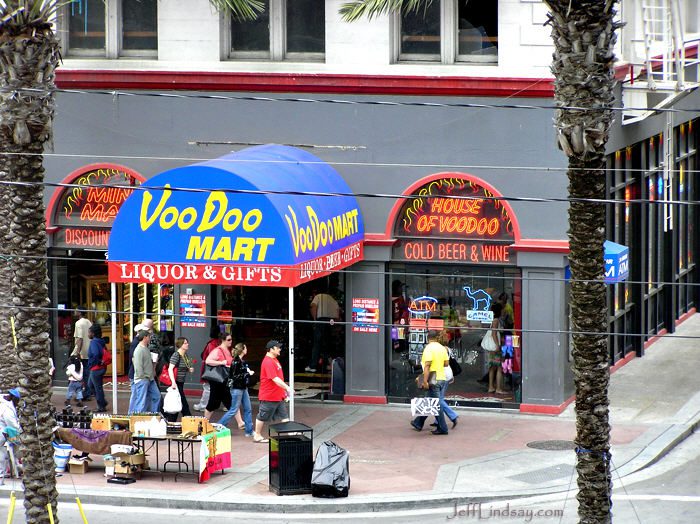